Bonn, 29.11.2018. According to the Welthungerhilfe, the situation of the people in Eastern Congo is worsening dramatically. In the densely populated provinces of North Kivu and Ituri there is the largest Ebola outbreak in the history of the country. At the same time, there is heavy fighting between rebel groups, the Congolese army and the UN peacekeepers, with the rebels above all acting with extreme brutality against the civilian population. In the run-up to the presidential elections planned for December, the already tense situation is worsening. Hundreds of thousands are fleeing, and farmers can no longer work in the fields for the fear of attacks. A total of 13 million people in the Democratic Republic of Congo are dependent on humanitarian aid. Half of all children under the age of five are malnourished.

"The people are trapped in this vicious circle. The outbreak of Ebola has exacerbated the already difficult situation in Congo. Because of the fighting, many villages can no longer be reached by aid workers who are even attacked themselves. Decades of civil war have led to a total loss of confidence among the population. In the run-up to the elections, this distrust continues to rise also towards vaccination campaigns and medical aid workers. In these difficult times, the people urgently need international support. An uncontrolled Ebola outbreak would be a catastrophe for the suffering people in DR Congo and for the neighboring countries", warns Mathias Mogge, Secretary General of Welthungerhilfe.

In addition to its nutrition activities, Welthungerhilfe will finance emergency aid measures in the fight against the spread of Ebola. The focus will be on the training of local health personnel, who will inform in the villages about the disease and the many possibilities of infection, as well as the great importance of hygiene measures and clean drinking water for prevention. At the same time, young people are trained locally as health assistants in order to change behavior patterns, such as the strict avoidance of physical contact with Ebola deaths at funerals.

Our German-speaking employee in Eastern DR Congo is available for interview requests. 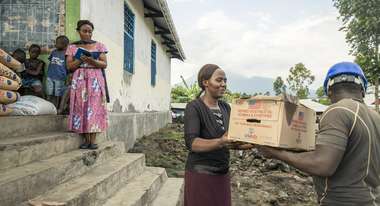 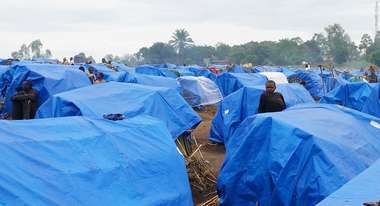