Half of the population of South Sudan is dependent on humanitarian assistance for survival. Although there is no longer fighting in the capital Juba, many people are fearful of leaving the refugee camps. There is an outbreak of cholera in Juba itself, and the start of the rainy season means that many parts of the country can only be reached from the air.

As one of the few aid organisations present, Welthungerhilfe is continuing to distribute food in the north of the country near Bentiu. Each month almost 200,000 refugees receive urgently needed food, such as sorghum, lentils, oil and salt. Particularly undernourished children receive special food. According to UN figures, 250,000 children are acutely undernourished.  “Without us, these people would starve, because they are stuck in the only camp in the region. 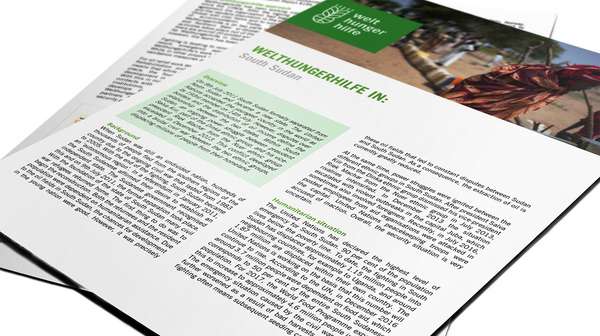 END_OF_DOCUMENT_TOKEN_TO_BE_REPLACED

They cannot return to their villages, as the presence of numerous different armed fighters makes the areas unsafe. It is especially dangerous for women; they become victims of unspeakable violence in the country. The refugee camp is overcrowded and the conditions during the rainy season are particularly horrific,” explains Jonas Wiahl, Welthungerhilfe Country Director, describing the situation on the ground.

Welthungerhilfe is active in a total of four states in the country. It is also supporting thousands of refugees in northern Uganda with urgently needed drinking water. After the last outbreak of fighting in July, more than 50,000 South Sudanese saved themselves by fleeing into the neighbouring country of Uganda.

Welthungerhilfe is one of the largest private aid organisations in Germany; politically independent and non-denominational. It is fighting for ‘Zero Hunger by 2030’. Since its establishment, more than 8,500 overseas projects in 70 countries have been supported with 3.27 billion euros. Welthungerhilfe works on the basic principle of help for self-help: from rapid disaster relief to reconstruction and long-term development cooperation projects with national and international partner organisations 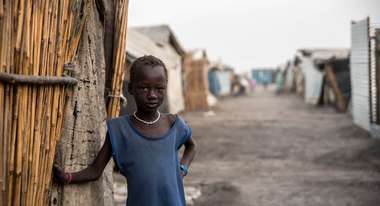 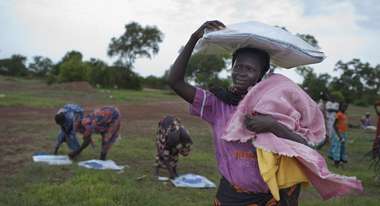 Airdrops - Aid from the Air

How and where we are supporting refugees in South Sudan.