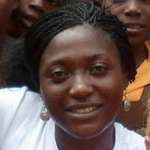 Being an entrepreneur is at the heart of who I am. It is in my blood. However, it did not manifest itself until my entrepreneurship professor at college challenged me and I decided to take it to the next level.

The birth of the Ghana Bamboo Bikes Initiative

Our research led us to explore what possible needs out there that we can contribute our quota to address. This led to the birth of the Ghana Bamboo Bikes Initiative when it was realized through our research that the abundant bamboo found in the Country can be converted to high quality multi-purpose bikes suitable for the high terrain and purposeful for the local needs.

As with any new venture, the Ghana Bamboo Bikes Initiative started as a novel idea which we pioneered in Ghana. It required us to modify existing, well-established techniques and approaches, and connects various stakeholders to form a new system. The major challenge was labor related as there were no existing bamboo bike builders to start with. So we had to invest in training highly skilled bamboo bike builders and identify alternative people who could perform the functions of the existing bamboo bike builders. We trained some of our bamboo bike builders with multiple skill sets, so that they can replace other positions for a short period of time when necessary. The other was combining studies with the project and of course with funding. In our part of the world, it is very difficult to raise funding for investments for even tested viable business ventures so for an idea which had not yet been tested at the time it was a big challenge.

One important thing I believe in is that as an entrepreneur you need to be self-motivatedand that it is important to understand what your main motivation and goals are so that you can focus your efforts on reaching those goals. You need to be equipped with optimism, confidence, self-awareness and knowledge and once you are passionate about the success of your business and you love what you are doing these shall definitely keep you going no matter the obstacles that come your way.

Within the last decade or so there has been a paradigm shift on the way young leaders are positioning themselves in tackling the challenges of the 21st century and as they say some of the greatest leaders are the most unexpected; from the likes of Facebook founder Mark Zuckerberg through TOMS boss Blake Mycoskie, who has restored hope to millions of school children all over the world through his one for one shoe giving program to Tawakkul Karman youngest woman and the first Arab woman to have won a Nobel Peace Prize who inspired millions of people around the Arab world to peacefully fight against the dictatorship and discrimination of President Ali Abdullah Saleh.

Many young leaders are making tremendous contributions on a range of issues including the impact of climate change, global health, and transparency in business and government and the impact has been profound with unforgettable lessons.

Bernice Dapaah took part in the Searchers Unlimited Workshop in Addis Abeba, Ethopia, were several topics have been discussed. The discussion on migration brought out the main causes of this unfortunate phenomenon. They are political repression, religious intolerance and unequal development. Political repression stems from the absence of democracy and unfair elections which deny people the right to express themselves and elect leaders of their choice. Religious intolerance arises when religious extremists try to impose their beliefs on others and even to persecute them if they refuse to abandon their own faiths and follow them. Boko Haram is a typical example. In this particular case, people are not even given the chance to express their views, they are simply subjected to wanton brutality and forced migration from their places of residence..

Unequal development is a major cause of migration. In the same country, people from the less developed regions migrate to the more developed areas in search of better living conditions. At the international level, people from the less developed South migrate in large numbers to the more developed North (Europe, North America etc.) This is very obvious in the migratory trends from sub- Saharan Africa to Europe. These factors will continue to fan migration so long as world leaders fail to assist African countries to remove the above-mentioned causes which continue to assume alarming proportions as the years pass by. 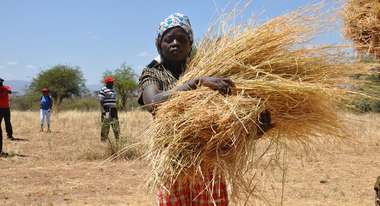 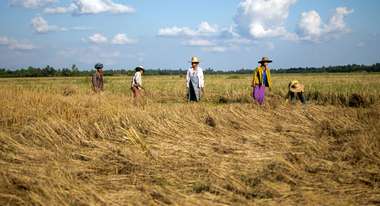 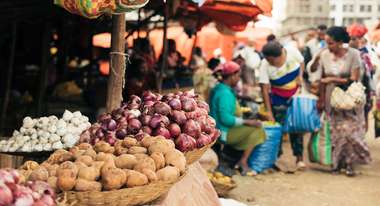