The epicentre of the 26 October earthquake was around 200 kilometres underground. Despite a 7.7 magnitude the earthquake caused comparatively little damage in all affected countries. The official death toll has risen to at least 360, hundreds of people were injured.

The earth was trembling for 45 seconds, luckily there is little damage

Two days after the quake, Katja Richter, Welthungerhilfe Country Director in Afghanistan, makes a first assessment, which offers reason for relief: There’s is very little damage in the project areas in the country’s north, people were lucky. In the east, in the Nangarhar province, the earthquake had a worse effect. Hundreds of houses either collapsed or were damaged.

Welthungerhilfe will provide support for the reconstruction of those villages. In Pakistan, too, the situation is much better than initially feared. In some project areas in the Swat Valley, irrigation systems – which had improved the farmers’ daily lives immensely – were destroyed. Welthungerhilfe will offer help there as well, in order to continue the long-term work of previous years.

Welthungerhilfe has been working in the border region of Afghanistan and Pakistan since 1993. Since 1999, there has been a country office in Kabul, from where all project activities are being coordinated. The aid measures are financially supported by the Federal Foreign Office and the Federal Ministry for Economic Cooperation and Development. 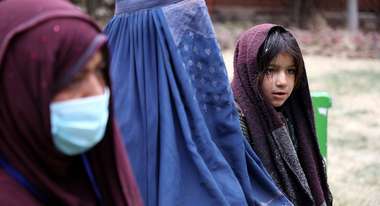 The humanitarian situation in Afghanistan has worsened radically since the Taliban came to power.