The Southeast Asian multiethnic state of Myanmar, formerly known as Burma, is one of the poorest countries in the world. Until 2010, the country was ruled by a military dictatorship. In 2015, the first ever free elections were held. Nevertheless, violent clashes continue between government troops and ethnic minority rebels fighting for greater independence. This continues to force hundreds of thousands of people to flee. One ethnic group that has been systematically persecuted for decades is the Rohingya. They are not recognized by the Myanmar government as a domestic population group. Since 2017 alone, nearly one million Rohingyas have fled the violence to neighboring Bangladesh. Since the military coup on February 1, 2021, the armed forces have violently cracked down on demonstrators, resulting in thousands of arrests and hundreds of deaths. The ongoing crisis and the impact of the COVID-19 pandemic have worrying implications for the country's general situation: The health care system is broken, and the economic situation is deteriorating – it is expected that the number of people living in poverty could almost double by 2022 (source: UNDP). 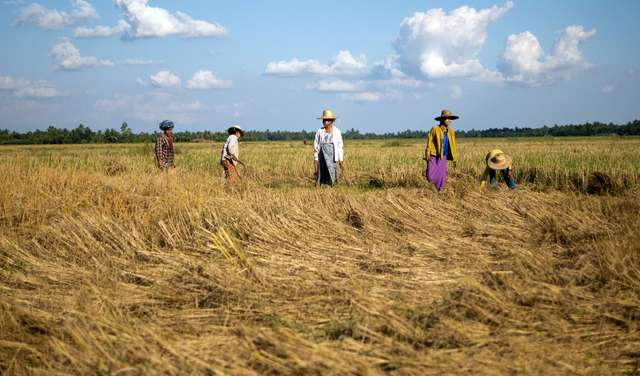 Refugees in Their Own Country

Daw Myig had to leave her village in July 2011, when the violent confrontations in Myanmar escalated.

Giving Farmers back Control over Resources

Nutrition and Hygiene for Remote Villages

Enough Water, Even for Handwashing 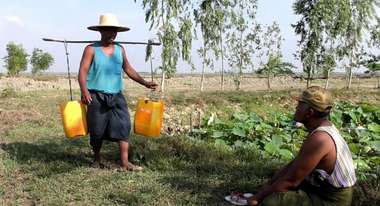 Every summer the villages in the Ayeyarwady Delta in Myanmar face the same problem: a lack of water,...

Since there have been violent conflicts between the Rohingya rebels and the Myanmar police and army, hundreds of thousands of Rohingya have fled to... 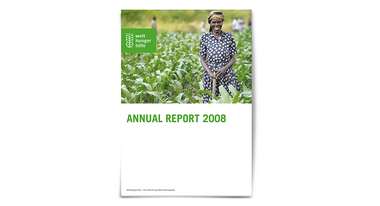 This report presents the projects and programmes abroad and the balance sheets of the year 2008.