In western Afghanistan, in a dusty and arid landscape, the city of Herat lies surrounded by desert. The flat mountain range of the Dau Shakh stretches out on the horizon, and only a few trickles of water make their way through the wide riverbed of the Heirut. For years, people here have been waiting for enough rain, but this summer there was so little that the wheat dried up right on its stalks. Farmers here are used to barely being able to feed their families, but this summer made those who can usually make ends meet poor, and the previously poor are now destitute.

For many years, Merajudin Shahabi, from the village of Gabighan, struggled with the hardship that the aridity of the desert caused in his life. The farmer, a large man with strong hands, grew potatoes and onions, kept a few sheep and cows and – in good years – managed to earn 3,000 afghani, (about 30 euros) per month. In bad years, he made only 2,000 Afghani – less than the cost of a 25-kilo bag of rice. He carried the entire burden of making a living, and when a big man like Merajudin says, “I felt very much alone,” the size of that burden becomes clear.

Second income thanks to saffron cultivation

Bibi Gul, Merajudin’s wife, clearly has a mind of her own, which becomes obvious as soon as you meet her. Two years ago, she started to pick up half the burden, if not more, from her husband. She became part of a women’s cooperative that grows, harvests, processes and markets saffron. And this is not just any saffron, but saffron that ranks among the world’s best. Two sentences sum up the difference this change makes for the family. “I have become visible and am respected,” says Bibi Gul. “I no longer feel alone,” says Merajudin.

Welthungerhilfe originally started the saffron cooperative “Socio-agricultural women of Pashtoon Zarghoon District” and works with its local partner organization RAADA (Rehabilitation Association and Agriculture Development for Afghanistan) that is based in Herat. Herat used to be the prosperous center of poets and musicians, Sufi masters, top carpet weavers, and the seat of the renowned Balkh University. On August 12 of this year, Herat was handed over to the Taliban after days of fighting.

After the Taliban took power, everyday life is slowly returning

After the first fearful weeks, during which hardly anyone had dared to go out, and women in particular had stayed at home, the situation stabilized. The colorful hustle and bustle along the streets returned, with merchants offering clothing and spices – there is a scent of cinnamon and cardamom in the air. The office of Nazir Ghafoori, director of RAADA, is located in the rear of a building in the middle of Herat. Technically, the man in his mid-fifties is a veterinarian, but for several decades now, he has been committed to the rights and empowerment of rural women. He has launched half a dozen initiatives to give these women their own income and at least a little bit of freedom. The idea of growing saffron emerged from his cooperation with Welthungerhilfe. 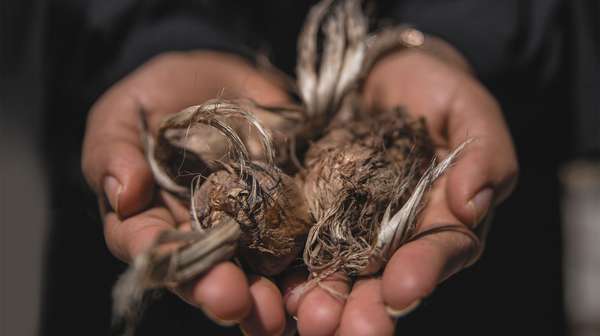 Finally, the chance to earn their own income: The saffron women's cooperative in Afghanistan.

END_OF_DOCUMENT_TOKEN_TO_BE_REPLACED

As soon as you leave the wide streets of Herat on your way to the surrounding villages, the land becomes barren. The few stores that continue to exist, sell only basic foodstuffs. The Saffron project enrolls women who are struggling with great hardship. “We visit the villages and look for the poorest families. To be able to participate in the program, they must own a piece of land where the women can grow crops. Then we talk to the village elders and the husbands. We explain to them the advantages of having the women earn money. We rarely encounter difficulties, because the men quickly understand,” says Nazir Ghafoori. The selected women, 100 at present, each receive 400 saffron bulbs from Welthungerhilfe and training on cultivation. In order to be able to market their goods independently in the cooperative, there are also literacy and accounting courses. RAADA closely supports the women and advises them on all questions and problems they might encounter.

At least a quarter of families are fed by women

With the Islamists coming to power in Afghanistan and announcing a rigid Islamic state leadership that denies women the right to work and education, the anxious question arose as to how the cooperative would continue. Thanks to negotiations between Welthungerhilfe and the local councils, and the committed mediation of RAADA, the women’s organization has so far been allowed to continue its work. Those Taliban who are in charge in the villages around Herat, Ghafoori explains, are locals who understand the precarious living conditions of the people. “Many men are unemployed or earn very little money. In at least a quarter of all Afghan families, mothers or daughters earn the income; in another quarter they partly support the family income. To deny them participation would lead to catastrophic hardship.”

Economically, the new situation is an existential threat. The Taliban government has no money, and more than 70 percent of the population is now without work. The United Nations is warning of a famine should humanitarian aid not continue on a large scale in the country. Additionally, winter is approaching and people lack the money to heat their homes. In some areas, there is no electricity for many hours a day. The cost of basic foodstuffs such as rice, flour and oil has risen by 30 to 50 percent. Already, malnourished children have been admitted to hospitals, and the number of beggars in the cities has multiplied.

What will happen to the women's cooperative is uncertain

The women’s cooperative is also feeling the effects of the economic downturn. When the Corona pandemic began, the price of saffron fell by 50 percent. Now, it is continuing to go down even further. This is also because Afghanistan is now isolated, the banking system is still not functioning, and exporting abroad has become difficult or impossible. Also Nazir Ghafoori cannot predict what the future holds for saffron cultivation and for the women in his country. “These are dark times,” he says, “and we can only hope that they will become brighter again.”

The author of the text is Andrea Jeska. It has been published in full length in our magazine.

Saffron offers women in Afghanistan the chance to earn their own income. 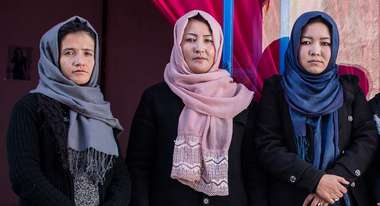 Shahnoz was married off early and had to give up her education. With the support of Welthungerhilfe she is now turning her life around.