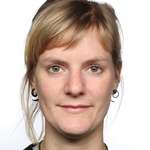 Only a few days after the earthquake, tropical storm Grace swept through the area. Many thousands of people have been dependent on outside aid ever since. Welthungerhilfe and its partners support families with what they need most.

Tens of thousands lost their homes

The images brought back terrible memories of the severe earthquake in 2010, but this time, the shock waves were worse. Once again, tens of thousands of people lost the roof over their heads, hospitals overflowed with casualties, medical equipment was in short supply, and many people were left without access to drinking water. The earthquake struck primarily the southern peninsula, one of the poorest areas of the country and one with poor infrastructure. The only road leading out of the capital city, Port-au-Prince, runs through areas that have been under the control of armed groups since June. The disaster struck the Caribbean state at a time already rife with political instability, economic misery, and great suffering. In July, the president at the time, Jovenel Moïse, was murdered. Haiti is also suffering greatly from the economic effects of the coronavirus pandemic.

Immediately after the earthquake, the Welthungerhilfe team distributed hygiene supplies as well as tarpaulins and blankets. Together with the French organisation ACTED, one of our partners in the European network Alliance2015, Welthungerhilfe is also supporting three hard-hit communities in the départements of Grand-Anse and Sud with drinking water. Tanker trucks are supplying 15,000 people with water for one month. In addition, 300 families are receiving direct financial support through FODES-5, our local partner in the département of Nippes. This enables them to independently purchase food or replace things lost through the disaster.

Even before the earthquake, Haiti was one of the poorest countries in the world, with around half of its population being forced to live on less than USD 1.00 per day. For many families, even basic food items have become essentially unaffordable due to rapidly rising prices. For example, a loaf of bread costs the equivalent of USD 1.60, and a liter of cooking oil costs USD 1.00. As a result, more than two thirds of children under the age of five are undernourished.

Only a few days after the earthquake, people in the south of the country were struck by tropical storm Grace. Accompanied by torrential rain, it caused mudslides and landslides that brought further suffering to the people living there. Because their makeshift shelters could not stand up to the floods, many people were forced to remain outdoors without shelter. It will be a long time before they recover from the effects of the disaster and can once again make their living with full independence. We remain on site and will continue to support the people who need it the most.

(The article was written by Tanja Heimann and was published first in our Magazine.)

Hurricane Matthew survivors in Haiti are now facing the biggest threat that comes from Cholera outbreaks.

Haiti has been struck harshly. Welthungerhilfe provides 100,000 Euro as emergency aid and deploys staff members from its emergency response.