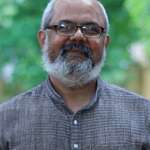 India could lose the rich biodiversity of its traditional indigenous foods. Unfortunately, little reliable data is available regarding food biodiversity in the region. Farmers in the Indo-Gangetic Plain were mainly dedicated to the cultivation of regional grains. The diversity of these grains also declined. Diversity loss means it is more likely that shocks cause severe damage to agriculture. An example of such a shock is crop pest infestation.

The Indo-Gangetic Plain is India's most important agricultural region. It is essential to the country’s food security. The Ganges' huge catchment area stretches from the Himalayas in the northwest to the East Indian lowlands on the Indian Ocean. It is so fertile because the river transports sediments and soil from the mountains to the plains. Most of the wheat and rice consumed in India has been grown here for centuries.

Ekta Parishad is a large social movement working for the rights of marginalised communities. We conducted a study in the state of Chhattisgarh in south-central India. The study examined traditional food production and the barriers affecting indigenous people in a particular region of Chhattisgarh. The results shocked us. Farmers used to grow more than twelve varieties of ancient grains and oilseeds there. Plus, they cultivated seventeen more varieties of fruits and vegetables.

Over the years, the majority of them have disappeared. This is partly due to external factors such as climate change, but also due to the lack of any supportive policies for this traditional food production. People have lost their diverse food supply. In turn they have also become vulnerable to new diseases because they are not used to the new rice and wheat.

It is possible for farmers to find these old plant varieties in seed banks. There are many of them in India. But the state authorities have as little interest in reviving traditional crops as they do in supporting the population groups that grow and consume them. The government is primarily interested in increasing crop quantities. Therefore, it supports farmers using more and more hybrid seeds and genetically modified seeds where possible.

The path India has taken after the so-called Green Revolution is based on the use of chemicals. Since then, the consumption of agrochemicals by farmers and large-scale agricultural enterprises in India has grown steadily – with serious health consequences for people and the environment. We know that worldwide, the number of deaths and chronic diseases due to the use of pesticides is increasing year by year.

This is also true for India. A specific example is the Malwa region in the Indian state of Punjab. It has been labelled the “cancer belt” due its record number of recorded cancer cases.

In this area, cotton and sugarcane are mainly grown for export. This requires high amounts of insecticide and pesticide use, which contaminate the water. The train connection between Bathinda in Punjab and Bikaner in Rajasthan regularly carried cancer patients for treatment. There were so many patients that the train was nicknamed the "cancer train". An alarming situation for us.

These are the three major problems: The loss of the rich diversity of indigenous foods, the concentration on a few crops and the gradual poisoning by agrochemicals used in farming. This is not only happening in India. It is happening throughout the Global South.

The UN Food Systems Summit planned for autumn should respect the rights of indigenous, traditional farmers, because they have always ensured the preservation of biodiversity. Nowadays, they are forced by government policy to grow rice and wheat. The state disregards the farmers’ right to decide for themselves what they grow. Instead, it issues bans.

Traditional food is part of their cultural identity. Numerous rituals and practices go hand in hand with it. If the state and society were to recognise these rights, it would be an important factor in protecting an adequate food system in India. India's government could be guided by the UN Declaration on the Rights of Peasants and Other People Working in Rural Areas (UNDROP). So far however none of its recommendations have been translated into law or practice.

The state's disinterest in traditional diets and its promotion of supposedly "modern" agriculture is difficult to explain. Even at the big agricultural universities, there is almost no research on local and traditional diets. There is no interest, and no one demands it of them. The scientists are far too influenced by the western mode of production and care little about the cultural rights of farmers.

In the past twenty years, there has been a record number of suicides among Indian farmers. Some news sources report 300,000 suicides in the past decades. Their fields do not yield enough to survive. They have gone into debt to buy seeds, among other things, when the seeds for their traditional crops would be more readily available. But the government gives too many incentives for chemical-based cultivation. For this, the farmers take out loans and fall into a debt trap. In addition, the groundwater level is declining. This is because a lot of water is consumed in the cultivation of cotton or sugar cane. There is little water left over for growing food.

When this crisis began, India's government formed the so-called National Commission on Farmers in 2004, headed by Dr. M. S. Swaminathan, one of India's leading agricultural scientists. He was also involved in the Green Revolution. Swaminathan’s commission made about 200 recommendations on how to help agriculture and farmers. Fifteen years have passed. However, neither the previous government in its two terms nor the present one, now in its second term, have shown any interest in implementing these recommendations.

The central problem of the agricultural crisis in India is not being addressed. Instead, the government now wants to open up the agricultural sector to foreign investment. At the same time, it demands that these large companies help the farmers. But of course, these companies are not interested in this. This is at the heart of the farmers' protests of the last two decades.

On the wrong path

We are one of many organisations faced with the task of raising societal awareness about sustainable agricultural practices. We believe focussing mainly on food quantity is wrong. The government points to the high demand that forces them to produce more, to use chemicals and to ignore quality. But we need more public investment in sustainable food production and accompanying research and guidance. We also need to draw the attention of the public, especially the middle class, to these problems. The most major being the overuse of pesticides.

Our organisation Ekta Parishad is participating in the UN Food Systems Summit. I hope that we will cross-fertilise each other's ideas and find new solutions. You have to be open and try to understand how other people think. Gandhi never spoke of enemies, but of his counterparts with whom he wanted to sit down, understand and be influenced by. That is why I always emphasise the need for a new form of education and thinking. This is not possible in isolation. So we need to be able to sit down, share and make each other wiser. As a representative of Ekta Parishad, I would say that we firmly believe in open-dialogue.