The population of Yemen is suffering from the country’s political instability: The civil war between Sunni and Shiite groups erupted in 2015 and has been flaring up sporadically ever since. More than 3 million people are fleeing the armed conflicts. At the same time, the country has been struck by repeated Cholera outbreaks. People need help in many spheres of life: Clean water, medication and food are scarce. In 2019, the emergency aid provided in two projects had to be temporarily interrupted due to the situation on the ground.

For over two years, Yemen has been wracked by civil war. More than 3.3 million people have already fled the armed conflicts.

Emergency aid with cash and food vouchers in Yemen 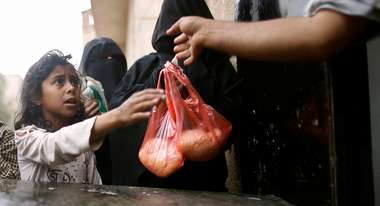 Welthungerhilfe: We Must Prevent a Famine

According to Welthungerhilfe’s assessment, the situation in Yemen is dramatically worsening despite current peace efforts. 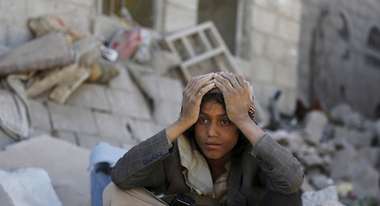 Yemen: Report from a Country in Ruins

Julian Zakrzewski explains that people can be helped in a country that is experiencing one of the worst humanitarian disasters of our time.