The scene: a barren mountainside in Haiti. In blistering heat, farmers are chiselling boulders of various sizes into shape. Others are gathering up more rocks and boulders. It is backbreaking work. Stone by stone, the Haitians stack and secure the materials. The structure finally takes shape: a stone wall that will prevent yet another part of the hill from slipping down into the valley when the next heavy rainfall hits.

The land in north-eastern Haiti is in desperate need of such erosion control measures. Working together with Welthungerhilfe, the farmers want to preserve or rehabilitate their valuable fields for agricultural use.

Deforestation defines the Haitian landscape: The treeless hills near the border town of Ouanaminthe are reminiscent of a lunar landscape. It is hard to imagine that Columbus encountered a green island with dense forests in 1492 and that Haiti was one of Latin America’s richest countries for a long time.

However, the construction of plantations in colonial times began to displace the forest. By 1804, Haiti had achieved its independence – but at a high cost. Until the middle of the previous century, the country had to pay reparations to its former colonial masters, to which end forests, especially of tropical wood, were cleared at an enormous scale. Today, due to the lack of a steady supply of electricity, charcoal is an important source of energy and often the only way for rural residents to earn even a meagre income.

A dismal sum: 97% of forests have now been cleared, with far-reaching consequences for humans and nature. There is hardly another country in the world as vulnerable to flooding and landslides as Haiti. 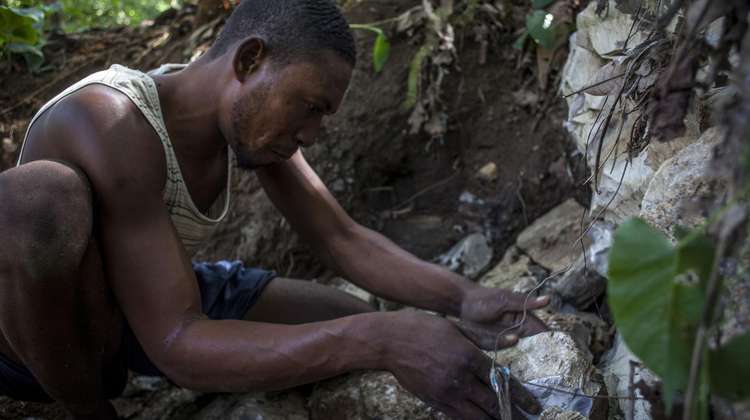 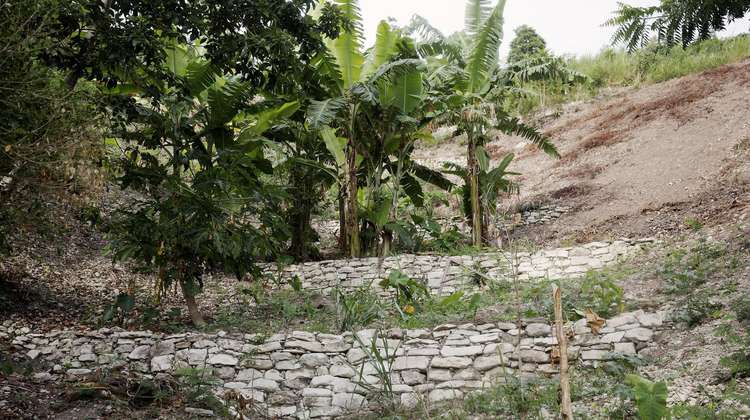 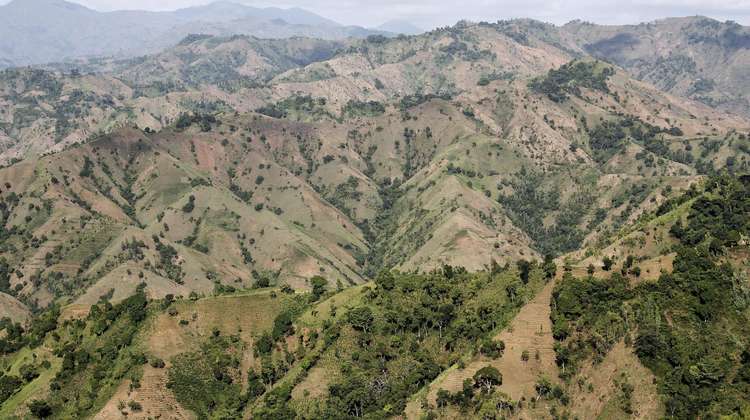 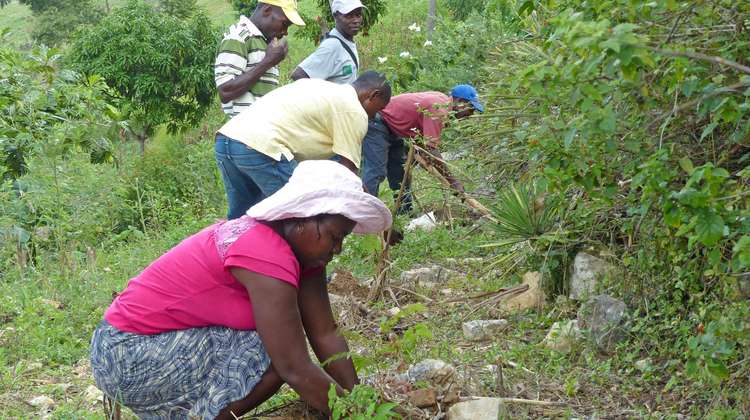 The Effects Of Climate Change: Farmers Fear for Their Crops 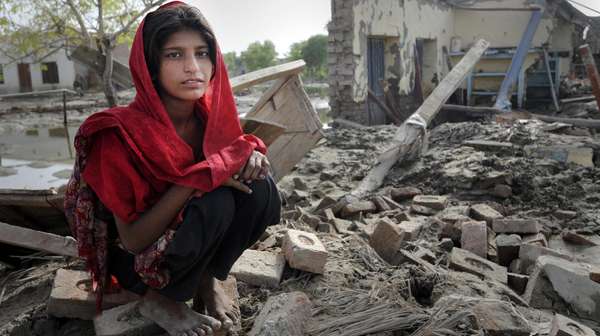 When does a natural event become a disaster?

END_OF_DOCUMENT_TOKEN_TO_BE_REPLACED

The rural population of north-eastern Haiti (Department Nord-Est) lives in constant fear of losing its already meagre harvest. The climate of the mountain region has, after all, undergone significant changes in the past years. Extreme weather events such as hurricanes and torrential rains are increasing in strength and frequency, exacerbating the danger of soil erosion and flooding and threatening to destroy not only smallholders’ harvests but also roads and entire villages.

In order to control this development and to secure food for the people in Haiti, Welthungerhilfe is providing support with sustainable projects, for example near Ouanaminthe. This offers new prospects to the approximately 128,000 residents of the region’s seven communities. Welthungerhilfe helps them to better protect their living environment from the effects of climate change and extreme weather events and to preserve soil and vegetation, thereby securing their livelihood in the long run.

How Welthungerhilfe Supports People in Haiti

The challenges are great, but the people of north-eastern Haiti are facing them together: smallholders and representatives of local authorities, women’s organisations and members of local civil and environmental protection committees. Their only chance to stop the fatal cycle of ecological destruction, disasters and poverty is to work together. 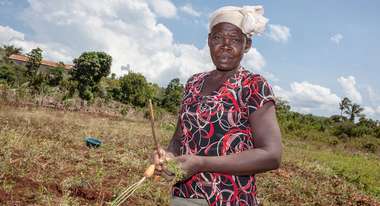 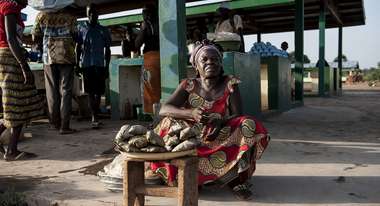