Material and Publications
back
Go to Checkout 0
Added to cart

Go to Checkout Back 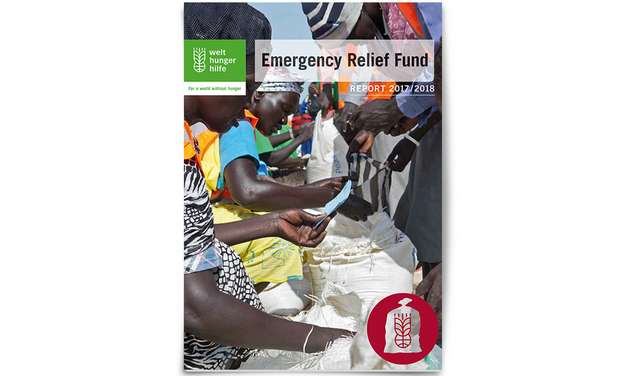 Regarding disasters all over the world, 2017 was no exception: Hurricane Harvey wreaked havoc in the USA and the Caribbean, Portugal had to fight the heaviest forest fires it had experienced in years, Mexico City was shaken by an earthquake. People were faced with sudden hardships, there were many deaths, whole stretches of land were devastated.

What worries too are many "forgotten crises". Millions of families all over the world suffer, because extreme rains have washed away their entire existence. In other regions, farmers are losing their harvests because of a lack of rain. Other people, such as the Rohingya Muslim minority in Myanmar, go hungry, because they have to flee their homeland in order to avoid brutal violence and persecution. Since August 2017, at least 655,500 people have escaped across the border to Bangladesh. Through its Emergency Relief Fund, Welthungerhilfe quickly provided 2,500 families with food parcels, 1,500 families received hygiene sets.

Meanwhile, other programmes are taking effect, and the fund can save lives elsewhere. Logistics tend to be the biggest challenge. 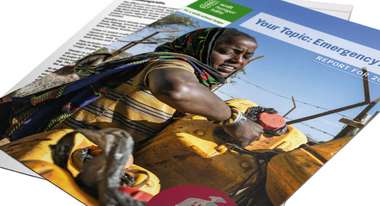 In humanitarian aid, the emphasis is increasingly on disaster preparedness. Nevertheless, acute emergency aid remains an important component of... 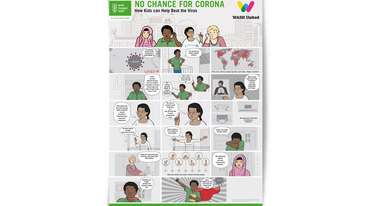 Poster: No Chance For Corona

The comic strip "No Chance for Corona" provides young people between the ages of 10 and 14 with information about the coronavirus and other... 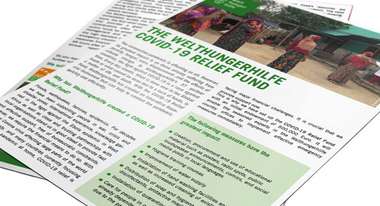 All information about the Welthungerhilfe COVID-19 Relief Fund