Bonn/Berlin, 11/03/2020. The situation of the refugees in Syria, on the Greek islands, and on the Turkish-Syrian border is becoming increasingly desperate. More than a million people are currently in a disastrous position. This misery can only be ended through political solutions and an end to the war.

“People who have fled because of war, poverty or persecution are effectively being held hostage and used as a political football. The situation is now particularly bad for the refugees in the Syrian province of Idlib. There we are witnessing the worst refugee crisis since the outbreak of war. About a million people have their backs against the wall, and they are defenceless against the military offensives.

The overcrowded refugee camps are literally sinking into the mud. Due to the inadequate hygiene conditions, there is a danger that diseases like cholera will spread quickly. We also fear an outbreak of the corona virus, which would have disastrous consequences there. The temporary housing offers no protection against frost and rain. The number of people who can no longer feed themselves has risen to nearly eight million over recent weeks. At the same time, access for humanitarians is becoming increasingly difficult”, warns Mathias Mogge, General Secretary of Welthungerhilfe.

Non-governmental organisations like Welthungerhilfe, that are operating independently of political influence, do have access to the most affected people and are able to provide fast and targeted support. “Over recent weeks, we have supported 170,000 people in the province of Idlib with food and heating fuel, but this is not nearly enough. Hostilities must stop immediately, so people can be reached and finally receive help. An agreement at European level is now also needed, even if only a few countries would be willing to accept refugees. The EU needs to remember its values, like respect for human dignity and observance of human rights”, says Mogge. 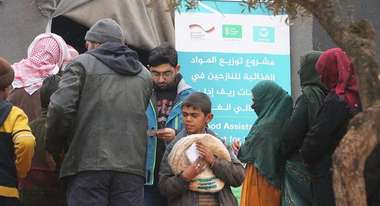 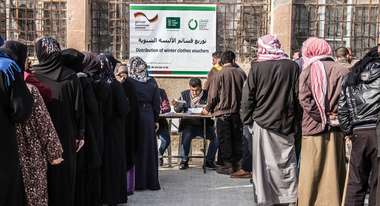