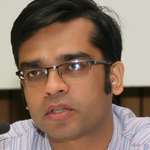 In September this year the Sustainable Development Goals (SDG) will be one year old. It is just a year’s journey of a fifteen year long road map and one could suggest patience. However, the fast paced unfolding realities of our world demand urgent action. The fundamental question that one needs to ask – is the new global compact in the form of a ‘transformative Agenda 2030’ capable and willing to address the real issues of the globe as manifested in the rise of Islamic State; the Brexit vote; growing inequalities reaching obscene proportions across the world; increasing violence against women; shrinking space for dissent; and the rise of Donald Trump as a serious contender for the American Presidency?

For me rooted in Indian reality, I ask if this transformative ‘Agenda 2030’ will  put an end to the continuing barbaric and inhuman practice of manual cleaning of human excreta by more than two hundred thousand people from the dalit community (former untouchables of the Indian caste system)?

While the SDG framing exercise was inclusive and heard the voices of diverse groups, it did not speak to the global narrative of peoples’ anger spilling onto the streets as being articulated in the occupy movement, Arab spring or the anti rape and anti corruption protests in Delhi. The result in the form of sustainable development goals are far ahead of its predecessor (the Millennium Development Goals, MDGs) but still lack real ambition for a transformative agenda to build a just and sustainable world.

The new Agenda 2030 does speak a language of transformation and includes some very laudable and radical goals like No. 10 and 12, which talk about reducing inequalities amongst and within nations; and about changing consumption patterns for sustainable development.

First, the SDGs build on the MDGs and continue to focus on the idea of eradicating extreme poverty and do not address the fundamental question of human dignity and justice for all. Poverty cannot be eradicated without focusing on justice.

Second, not addressing the political pillar which provides the bedrock for the three pillars of the SDGs, namely, social, economic and environmental, has resulted in truncating the real transformative ambition and potential of the Agenda 2030. The real endeavor of any developmental framework should be to re-arrange power in favor of the excluded and disempowered communities, unfortunately, the SDGs lack this vision.

Third, the Agenda 2030 talks of a human rights framework but falls short of integrating it as a fundamental principle of the new goals. These new goals have a more nuanced understanding of social exclusion and most marginalized communities but again falls short of really putting the last first and prioritising excluded groups including dalits, religious minorities and LGBT people.

Fourth, the agenda 2030 is still an agenda for addressing the manifestation of poverty, exclusion and unsustainable growth. It is not bold enough to directly address the real drivers of poverty or the fundamental causes of poverty like extractive industries; unequal terms of trade; undemocratic global governance architecture; shrinking and privatization of public services including education and health; military-industrial complex; and market fundamentalism.

Fifth and finally, no real numbers and commitments have been made to ensure that the resources needed to achieve the SDG would be made available by the member states or other international agencies. Much of the SDGs which should be State responsibility appear to look towards the business sector and private wealth for resourcing the transformation effort making a mockery of the social contracts citizens make with their respective states and also with the United Nations. SDGs also fall short in terms of developing a clear framework for monitoring and accountability of member states and other international agencies for achieving progress. The idea of monitoring is de-politicized and has been converted into a voluntary reporting mechanism.

In this context, civil society needs to play a historic role by ensuring that the governments and the UN are on track to achieving the real aspirations of Agenda 2030 despite the limitations discussed above. First, civil society needs to translate the SDGs into a language which would make sense to the local policy and legal context but would also equally make sense to poor illiterate women struggling to put food on her table.

Second, massive campaigning should be conducted to convert the SDGs into peoples’ own goals as it is the real participation of all people that will decide the outcomes of the 2030 Agenda. Third,  civil society needs to develop a framework to hold the agencies responsible for implementing the SDGs  to account and then use this agreed framework to act as a watch dog and rigorously monitor  progress (through tools like social audits, budget analysis, shadow reports, etc) on the SDGs.

As said by many, this is a generational opportunity to transform and build a sustainable and just world. We cannot let this opportunity pass. There will not be a second chance. 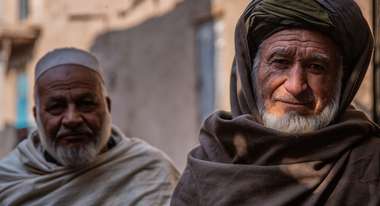