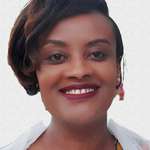 "It was around 4pm in the afternoon when our village was suddenly filled with gunshots and screams from all directions. I saw more than 25 people being killed by the gunmen. We ran for our lives, leaving everything behind", Tenagne recalls the horror of March 8, 2021, when their small village was stormed by armed groups. Tenagne Abera* is a 33 years old mother of six. She and her family were first displaced from Horeguderu Wellega Zone, she tells me on my first visit to the Tewledere IDP center in the Amhara region.

Tenage and her family were doing relatively well back when they were living on a small farm and had a few cattle in Horegudru. When their village was stormed, they left not only their sources of income – their crops and livestock – but also their home. They fled their house barefoot and with nothing but the clothes they were wearing. They left the only place they knew, Horegudru, and travelled all the way to Dessie on foot.

Then they were temporarily settled on Tewledere wereda South Wello zone. "We had left everything behind, but we were warmly received by the welcoming people of Wello. The government also gave us the means to secure our lives," she remembers.

But unfortunately, that did not last long. Tenagne and other IDPs in Tewledere were again displaced when Tigray People's Liberation Front (TPLF) troops were on their way to capture the towns of Dessie and Kombolcha in the Amhara region. According to Tenagne, they travelled for days in a life-threatening situation until they reached a place called Mota Wereda. "It was unbearable for my children. Hearing gun shots behind us and running for our lives. I was carrying the 2-years-old baby on my back and pulling the 4-year-old's hands at the same time. I was so thankful when my children and I arrived safely at a military camp in Mota Wereda."

What does IDPs mean?

IDP stands for Internally Displaced People. These are people who have fled within their own country. According to the latest UN Refugee Report, there are about 79.5 million refugees worldwide. Most of them, about 45.7 million, are internally displaced and find refuge in another part of their home country.

Today, Tenagne and her children are back in a refugee camp in Teweledere with other IDPs after the expulsion of TPLF troops from the Amhara region. According to Tenagne, the response of humanitarian aid organizations in Tewledere could be improved and the way people are selected in the aid allocation process should be changed. "There is no prioritization of children," Tenagne said.

The struggle for available support is physically and psychologically exhausting for the mother. Therefore, particularly vulnerable groups such as breastfeeding mothers, families with small children and people with disabilities are given special priority in the aid measures of Welthungerhilfe and its partner organization AISDA. Furthermore, a committee consisting of internally displaced people was established. This gives them a voice to communicate their needs.

"Once this conflict is over, we know that our home will be gone but we will start again, work hard, improve our lives, and take care of our children."

She wants nothing more than for it all to be over. "Some of our neighbors who recently joined us from Horegudru told us that every neighborhood was looted and houses destroyed. Still, I am willing to start over if I have to. But I want to get back there. It is the only place I call home."

Tenagne is worried about the future, but she is also hopeful that things will improve. "I hope that soon our country will be peaceful and we can return to our hometown and continue our lives. Once this conflict is over, we know that our home will be gone but we will start again, work hard, improve our lives, and take care of our children."

Before the conflict in northern Ethiopia, Halima Ali worked as an administrative assistant at a vocational training center in Berhale Zone. When the war reached their home, they had to flee within seconds and had no time to pack their belongings. They ran out of their house empty-handed and under heavy gunfire, leaving everything behind to save their lives. Halima's husband refused to leave with them, choosing to stay behind to face whatever may come, even death, rather than leave what he had spent a lifetime building. The family does not know if he is still alive.

Halima and her four children walked for four days to Afdera Woreda to escape the war. Now she and her children live with other internally displaced people in a salt factory warehouse in Afar that serves as a refugee camp.

Recently, others who had stayed behind in the attack arrived in Afdera. They left their homes because there was no more food there. They shared news from their hometown, but unfortunately there was no news about the whereabouts of Halima's husband. And then one of Halima's fears was confirmed, all her belongings had been destroyed and looted.

"If we stay healthy and if there is peace in our hometown again, we can thrive again."

"Thanks to the host communities in Afdera town, we survived the fear and trauma of heavy gun fire, but the echo still hunts us to this day. My children regularly wake up from nightmares," Halima added.

Speaking about the support they are currently receiving, Halima said, "We are in a desperate situation." Life in the camp is difficult for her and her children. "There is not enough food or enough facilities, but the number of IDPs is huge and more people come every day," she stated. 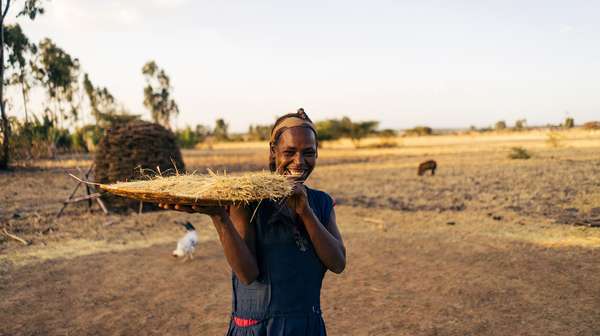 Ethiopia is regularly hit by severe droughts, and the dry seasons lead to crop failures and livestock deaths - one cause of the increasing weather extremes is climate change.

END_OF_DOCUMENT_TOKEN_TO_BE_REPLACED

Halima is grateful that she survived the horrors in her home town. But life in the IDP camp is not easy either. The gap between the needs of the IDPs and the support that is actually available is unimaginably large. Selecting those in need is difficult. Out of thousands of IDPs, 200 or 300 are selected for assistance. "It is difficult to call the measures support. We barely survive, but we thank Allah that we endured everything to be able to tell our story."

Once there is peace, Halima hopes to return home and start a new life. "If we stay healthy and if there is peace in our hometown, we can thrive again," she said.

Halima and other IDPs have witnessed the deaths of civilians, including friends and family members. What they have seen has affected them emotionally. This immense trauma affects their mental health, but there is little or no psychological counseling or support in Afar.

The need for humanitarian aid in northern Ethiopia continues to far exceed the available funds. According to the UN, there is currently a funding gap of $338 million. Many IDPs in Afar and Amhara report that the aid they receive is far from sufficient. They are in desperate need of food, clean water, shelter, and basic household items such as mattresses, blankets, mats, and kitchen utensils. With little access to clean water or sanitation, COVID-19 and other transmittable diseases are a real threat.

Welthungerhilfe’s Response in Afar and Amhara

In Afar, Welthungerhilfe is working with our partners APDA, AISDA, FSA and ACTED in response to growing humanitarian needs. In 2022, APDA and Welthungerhilfe have already provided food (wheat flour, oil, lentils and salt) to 10,000 people affected by the ongoing conflict in the border areas between Afar and Tigray. IDPs and recent returnees in 10 kebeles (villages) and the district capital, where most IDPs and returnees in the district are located, were selected. In addition, emergency shelters, hygiene kits and facilities were organized, along with camp coordination and livelihood restoration activities that reached more than 100,000 people affected by the crisis.

In Amhara, Welthungerhilfe and its partners AISDA and ORDA have distributed bed and kitchen sets as well as WASH items such as sinks, jerry cans and jugs to more than 10,000 people in the region. In addition, Welthungerhilfe is working with its partner ORDA on emergency relief efforts focused on shelter, hygiene and livelihood restoration. These are expected to reach more than 50,000 people affected by the crisis. 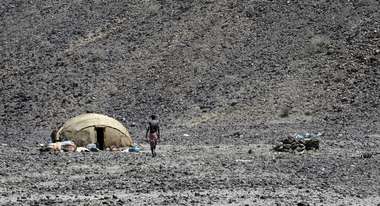