Specialists in the areas of nutrition, social issues and development, economists, human beings – our Supervisory Board consists of voluntarily acting experts who have one thing in common: the desire to end hunger and poverty im the world.

Under the direction of President Marlehn Thieme, the board is overseeing the work of the Executive Board internally, as well as representing the organisation externally.

Marlehn Thieme has been president of Deutsche Welthungerhilfe e.V. since 2018. She chairs the ZDF Television Council and the supervisory board of a co-operative bank. She is also a member of the Council of the Evangelical Church in Germany. A lawyer who has been involved in various foundations, Marlehn Thieme held a number of leadership positions at Deutsche Bank until 2013. She also spent 15 years advising the German federal government as member and chairwoman of the Council for Sustainable Development.

An agricultural economist, Prof. Dr. Joachim von Braun is a director at the Centre for Development Research at the University of Bonn and a professor of economic and technological change. He has been vice president of Welthungerhilfe since 2012. In addition, he is the president of the Pontifical Academy of Sciences and the chairman of the Scientific Group for the 2021 Food Systems Summit of the UN.

Dr. Bernd Widera has been chairing the Welthungerhilfe Finance Committee since November 2019. An independently wealthy lawyer, he served on the executive board of RWE Deutschland AG for several years. He is also a member of the board of trustees of the Fraunhofer Institute for Building Physics and a member of the AMOS business club at Kommende, the social institute of the archdiocese of Paderborn.

Amadou Diallo is the CEO of DHL Global Forwarding Middle East & Africa and the founder of Saloodo GmbH. He is also the chairman of the executive board of the NGO Amref, the founder of the Bamouna Ba foundation, and a member of the executive boards of both Africa 2.0 and Schiller International University in Paris. In November 2016, he was appointed to the Welthungerhilfe Supervisory Board.

Prof. Dr. habil. Conrad Justus Schetter is a professor of conflict and peace research at the University of Bonn and director of research at the Bonn International Centre for Conversion (BICC). He previously served as acting director at the Centre for Development Research (ZEF) at the University of Bonn. He joined the Welthungerhilfe Supervisory Board in November 2016. 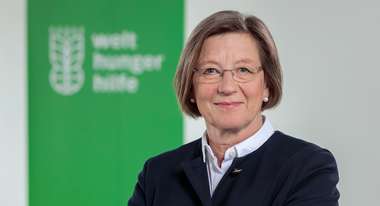 Welthungerhilfe Elects a new Supervisory Board 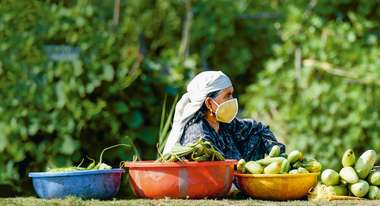 Coronavirus, war, and climate change: The world is not on track to end hunger by 2030. 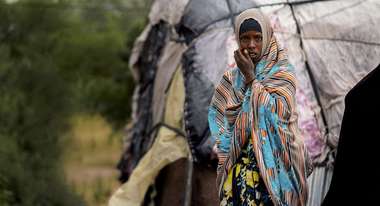